Condolences are not enough: The Women of Ireland Are Fed Up by Emma Sheerin: Dogs can think. Part 2K. Part 2 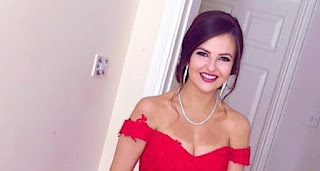 Condolences are not enough

I want to extend my deepest condolences to the family and friends of Ashling Murphy. The spontaneous public outpouring of grief at her murder underlines the frustration and anger that exists at the habitual reports of violence against women.

Condolences are not enough. Men, and I include myself in this, need to take responsibility for ensuring that every woman has the right to be safe and that there is zero tolerance of male violence against women. Our friend and Sinn Féin MLA Emma Sheerin says this better than I ever could.

The Women of Ireland Are Fed Up by Emma Sheerin.

From our grandmothers, educated in Latin and the catechism, but not about menstruation; locked up whether they fell prey to a neighbour or ‘chose to commit a mortal sin’, as if either were crimes, as if they deserved a life in an institution.

Those lucky enough to be ‘good girls’ – what was their reward? A life locked to the kitchen sink. Caring for parents or child after child. A miscarriage? A stillbirth? No consecrated burial. ‘Don’t mourn your baby’ the priest said, but life begins at conception.

The swinging sixties. Mini skirts and the pill. The pulpit still ruled.

‘She got herself in trouble.’ Those who escaped the convents; the scrubbing brushes and the loss of their healthy, happy, baby, got whispers and judgement. Some fled. Boats to England. Secrets held forever.

‘He gave her a hammering’ the neighbours would remark. Nobody’s business, ‘he’s a nice fella’. ‘Why does she stay with him?’ a more enlightened friend might say, someone not horrified by divorce, ignorant of financial realities. ‘Why does he hit her?’ they forget to ask?

The eighties, the nineties. Our mothers. ‘What are women complaining about? They can vote and work and drive!’ ‘Badly hahaha’. Feminism was their joke. Now we had it all. ‘Abandon’ your children to work outside the home or ‘slob’ at home rearing them on someone else’s money.

Now women had all the rights that men always had.

Except of course they were paid less. And their reproductive plans would affect their careers, and if they dared to have sex they’d be talked about.

And they still had to do the ironing and the cooking and the hoovering.

‘She was drunk. Wore tight clothes. Was out along.’

‘What did she expect?’

‘Rape’ written as ‘sex with an underage.’ ‘Victim’ was ‘intoxicated teenager ..’

The 21st century. Now we had sex education in school and a rudimentary understanding of periods. (Every 28 days, mild cramps, a tampon might give you TSS) What’s PCOS?

Rape alarms in goodie bags. No lessons on what a healthy relationship consists of, no mention of consent.

The dawn of social media. Brilliant. Now the guy in the corner of the office with the witty banter can abuse us from behind an anonymous profile.

Politician made a decision? Look at what’s she’s wearing! She’s ugly or she’s fat or she’s too skinny, actually.

Journalist offers an opinion? Insult her about her teeth or her hair; has she had her lips/boobs done?

Every heinous crime against one of us is followed with some advice. Don’t walk alone at night. Carry a pepper spray. Get a spiking detection kit and use it.

She went out for a run. Exercising. It’s good for us. It was in a public place, in broad daylight. She did as she was told. It didn’t matter. Because it never matters. Because the victims are never to blame. It’s not our responsibility to make sure we’re not attacked.

Of course, it’s not all men. But it is all women. We are all fed up.

The best legacy we can make for Ashling Murphy is to change the culture that allows these crimes.

I hope the outpourings of grief across the country bring some comfort to her loved ones.

May she be at peace.

Your man was adamant.

‘Dogs can’t think’ he repeated for the umpteenth time. ‘Give me one scientific source that proves dogs can think?’

‘Of course I remember wee Harry. Didn't I carry him in Long Kesh? So his oldest grandson is a dog expert! A Dog Whisperer!’

‘Indeed he is. He trains dogs. Very successfully. He tells me a dogs brain is smaller than a human brain. But it is capable of rationally working things out. A dog has the same capacity for remembering words as a two year old child.  Dogs also have a very acute sense of smell. They recognise and remember people, other dogs,  other animals, birds. They know their own humans. They become emotionally attached to their human family, protective too. They can get depressed if neglected or undervalued.’

‘Wee Harry the Dog Whisperer says all this?’ Your Man grinned at me. ‘Do you think I came up the Lagan in a bubble? That’s not proof!’

‘Is it not? Well then how many dogs do you know?’

‘I know your Fionn.’ He replied ‘ And your Fiadh. Bran O Reilly. Rex Smith. And Spottie McAuley.’ He paused for a minute. ‘And JJ Magee’s wee mutt, I cant remember his name.  JJ has great trouble with him. He keeps going away and doesn't come back for weeks. And I used to know Brian Keenan’s dog. He was on the run one time for biting a Brit. The dog, not Brian….

‘Okay’ I interrupted him ‘ I remember Brian’s dog being on the run. A perfect example of a thinking dog. Or of a dog thinking. So he was accused of biting a Brit. And he took himself off. Went on the gallop. Avoided Brit and RUC patrols. How did he know to do that?’

‘ But if, as you say, dogs cant think how could he understand?’ I interjected patiently.

Your Man was uncharacteristically silent.

‘He knew he was in trouble. Or at risk. He knew the Brits were dangerous. He figured all this out for himself. Sure you must have seen the way a dog behaves if it thinks its in trouble. If it digs up the garden. Or shits where it shouldn't. Or steals a bit of grub from the kitchen.  Or if it bites a Brit.

Your Man nodded his head in agreement.

‘So’ I concluded ‘ Dogs are non verbal. They cant tell us what they think. But think they do. Its clear from their body language. They don't think the way we do and they don't write or read or stuff like that but they can be taught to do lots of other things. Our wee Anna has trained our Fiadh to do all kinds of fancy tricks.  My Uncle Paddy’s dog used to go to the shop and oul Stinker O Toole, the shop keeper, would have a bap and the paper in a bag for him to bring home. Every morning he did that.  So dogs can be taught. Most of them are eager to learn. They love games.  And Wee Harry the Dog Whisperer is a genius at getting dogs to behave themselves. But sometimes that also means teaching their humans to behave themselves as well.’

Your Man grudgingly conceded ‘Okay’ he said ‘ So dogs can be taught. I accept that. But I still don't believe dogs actually think. I mean a dog couldn't do a crossword puzzle … Dogs couldn't do algebra.’

‘Lots of people cant do crossword puzzles’ I told him. ‘And what good is algebra to anyone. I did algebra for years in school and Ive never used it since. In fact I couldn't tell you one thing nowadays about algebra. So dogs is right about algebra. In fact dogs could teach us lots of things’.

‘Like loyalty. Or Letting people know you’re glad to see them.  Like the benefits of exercise. Or sleeping when you get the chance. Or living in the moment. Or a good scratch.’

‘Or the uselessness of algebra’ he said.

‘Yup’ I agreed ‘dogs is smarter than you think.’