New Year Resolutions: Charities - supporting the vulnerable: Back to basics: Books for the New Year

New Year resolutions and I are old friends. Usually I muse at the end of the old year about what I need to commit myself to for new year’s arrival. This year the pandemic cuts down the options. Going to the gym isn't on. Taking up senior hurling or football? Same problem. Stopping the drink? Maybe? But seeing as I am fairly sober most of the time it would be going too far not to have a wee deoch every so often. For medicinal purposes.

Being a better person? That’s a daily effort. Staying out of trouble? Impossible? Giving up twitter? Being more serious all the time? Acting my age?  Nawh! To paraphrase Emma Goldman, ‘If I can’t act the eejit I don't want to be part of the revolution.’ So my New Year resolution this year is not to make a new year resolution.

I remember once making a new year resolution to stop smoking. I used to smoke a lot. So did most people. How stupid we were. I smoked everything that was legal. Cigarettes. Cigars. The pipe. I used to give them up all the time. I got very good at it. Then I would lapse again. Around this time children got a lot of education about the perils of smoking. They included our oldest lad Gearóid. He became an anti- smoking zealot. He would return from school on a daily basis with some new data of the health hazards of nicotine and harangue me and his mother about our bad habits.  Eventually he got through to me and one New Years Eve I made a resolution to quit smoking.

So I did. Gearóid was proud of me. This was before he reached the juvenile sceptical phase that most young boys go through with their fathers. So I was chuffed. And I was also in a morally superior position in contrast to his still smoking mother. A rare and unique position for any mere man.

Then I broke. I used to sneak a wee puff every so often. I didn't tell anyone. I secreted my toitiní and when no one was about I indulged myself. My New Year Resolution was kaput. I took to going to the bathroom for a quiet smoke. One day I was seated there on the throne with my trousers around my ankles puffing contently away. But I had neglected to lock the toilet door.

Suddenly it burst open as our oldest lad dashed in to relieve himself. I was caught. The look of disbelief and disappointment on his face as he spied the feg in my gob cut me to the quick. He fled before I could say anything. I was ashamed of myself. I had let him down. I flushed my cigarette away. That was the last time I smoked.

So make New Year’s resolutions if that is your wish. It can’t do any harm. If you fail? No matter. I’m with Samuel Beckett. Fail again. Fail better.

In Dublin on the Tuesday before Christmas an estimated three thousand women and men began queuing in the cold and dark of a bleak December morning outside the Capuchin Day Centre. For years now the Centre has provided food parcels for the homeless, the unemployed and the low paid. This year the demand was so great that instead they gave the thousands who turned up a 50 euro voucher for food and clothes. In Belfast food banks were running low and local community organisations, including Sinn Féin, provided food parcels and supports to those in need. The demand was greater than the supply.

Other charities provide different and unique services for those with disabilities or mental health or medical issues or support our elderly. Thousands of volunteers are the backbone of all of these charities and they deserve our thanks for the work they do. For most of them their work isn't just for Christmas. It’s all year round.  Míle buiochas.

Whether its chassis or chaos or just plain shambles 2022 begins with DUP leader Jeffrey Donaldson renewing his threat to pull down the political institutions. The DUP demand that the Protocol, a least worse option for protecting jobs and businesses in the North, must go. I’ve lost count of how many times he has made this threat.

According to the DUP the “people of Northern Ireland” demand it. Of course, the truth is they don’t. The majority voted against Brexit. All of the other parties to the Executive are against pulling the institutions down. But the DUP same intent on whipping up a crisis intended to help them in an upcoming election battle.

At the same time their erstwhile ally Boris Johnson – who they lauded and fawned over – and who negotiated the said Protocol – has his own troubles. Chassis is a good word to describe his multiple crises. Where to begin? There is the sleaze scandal over money for lobbying which saw Owen Patterson, a former appalling Secretary of State for the North, forced to resign. I never had much time for him. The Tories then lost in spectacular fashion the seat they had held in North Shropshire for 200 years. And then there are the Downing Street parties. While everyone else was in lockdown because of Covid Johnson’s minions were partying it up in Number 10 and their press people were caught on camera joking about it.

Brexit too – which brought Johnson to power just two years ago with a whopping 80 seat majority – has turned on him. The British economy is not doing well; they still have no US trade deal; and the Brexit Minister – David Frost - resigned from the Cabinet just weeks ago. And to top it all up Labour is ahead in the polls for the first time in years.

So, in a time of chassis what we need are cool heads and thoughtful responses to events as they unfold. 2022 will also be an opportunity for United Irelanders to ratchet up our alternative vision for the island of Ireland and to win new converts to proposals for the Irish Government to set up a Citizens Assembly and the Unity Referendum. 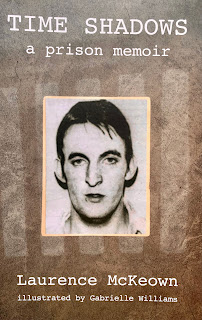 Books for the New Year

Many of us are either given or give book vouchers to family and friends for Christmas. And even if you don’t have book vouchers there are some excellent books available now written from a broadly republican and progressive perspective. Little wonder the British Government is setting up an official revisionist ‘history’.  Methinks they are too late.

Here are just a few of my recommendations. All and many more are available through www.sinnfeinbookshop.com and An Fhuiseog 55 Falls Road, www.thelarkstore.ie

On Dangerous Ground, A Memoir of the Irish Revolution, Máire Comerford Edited by Hilary Dully

Ireland, Colonialism and the Unfinished Revolution by Robbie McVeigh and Bill Rolston

Inside and Out, A book of poetry by Gerry Kelly

No Ordinary Women by Sinéad McCoole