Bodenstown and the realignment of Irish Politics 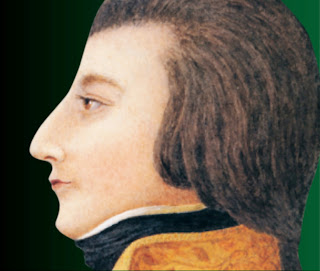 Like the Easter commemorations earlier this year this Sunday’s Bodenstown ceremony will take place online. Sinn Féin President Mary Lou McDonald TD, who has previously spoken at Bodenstown on three occasions, the last in 2018, will give this year’s keynote address. The Coronavirus restrictions make it impossible to hold the normal event with its march and graveside oration.

My first trip to Bodenstown was as a teenager in the mid 1960s. Apart from periods of imprisonment I think I have been at Bodenstown almost every year since then. In the 1960s and 70’s, apart from Easter, Bodenstown and Edentubber were the two big commemorations for republicans. Both events were political excursions with a big social content.  Busloads of republicans descended on County Kildare. At a time when republicans got little media coverage the Bodenstown speech was regarded as especially important when the republican leadership of the day set out its position on issues of the day. This was before social media and other modern means of communication. Public events and pamphlets were the main means of political discourse.

In the last few decades attendance at Bodenstown has decreased despite admirable efforts by Kildare republicans especially with support from Dublin and South Leinster comrades. This is a consequence of our busyness and of the sheer increase in other commemorative events from Hunger strike Commemorations, the 1916 Centenary and many local or regional public events. So Bodenstown has to compete with all that. It does so very well. It remains a national event when republicans get to meet up usually, but not always on a sunny summery day. It is also a nice walk from the picturesque village of Sallins to Bodenstown Graveyard. 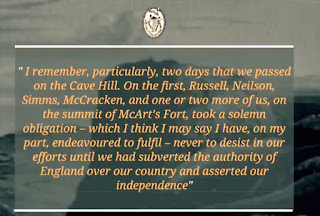 This is the burial place of Wolfe Tone, one of the leaders of the 1798 rebellion. Tone, and the other leaders of that time were responsible for establishing republicanism in Ireland. He linked Protestant and Dissenter with Catholic under the United Irish banner. He sought to create a real democracy on the island of Ireland based on  liberty, equality and fraternity. Ideals which are as relevant today as they were two centuries ago. 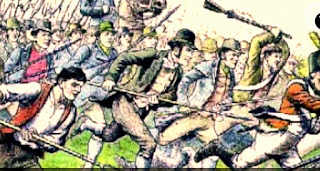 The defeat at Vinegar Hill 1798

Tone’s central thesis has remained a cornerstone of Irish Republican philosophy to this day. He wrote:

“To subvert the tyranny of our execrable Government, to break the connection with England, the never, failing source of all our political evils, and to assert the independence of my country – these were my objects. To unite the whole people of Ireland, to abolish the memory of all past dissensions, and to substitute the common name of Irishman in place of the denominations of Protestant, Catholic and Dissenter––these were my means.” 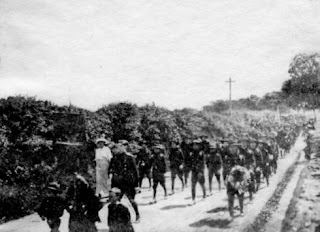 The earliest image I have seen of a republican ceremony at Bodenstown is a very grainy black and white photograph taken in 1912. It shows a large number of people, led by Na Fianna Éireann, walking in sunshine along the country lanes from Sallins to Tone’s grave. Tom Clarke, later executed by the British for his leadership role in the 1916 Rising, gave the oration. On the left of the image you can see Countess Markievicz and among those walking beside her is Liam Mellows.

Like all such gatherings it was banned by the Brits under martial law 1920-1921. In 1921 the ban was broken by a group of Cumann na mBan women who at the request of Michael Collins travelled by car from Dublin to Bodenstown and laid a wreath.

The following year, on 20 June 1922 Liam Mellows gave the annual Bodenstown speech in which he denounced the Treaty which had been reached with the British six months earlier. Mellows then travelled back to the Four Courts which had been occupied in April by IRA volunteers opposed to the Treaty. He was captured there several days later by Free State forces and in December Mellows, Rory O'Connor, Joe McKelvey and Richard Barrett were executed by firing squad.

The Cosgrave government banned Bodenstown in 1931 but republicans successfully broke the ban. Three years later 36 workers from Belfast’s Shankill Road participated in the event. It was a time of political turmoil in republican politics as some republican activists, led by Peadar O’Donnell were advocating the development of class politics under the Republican Congress. At Bodenstown that year the organisers ordered that only official banners could be carried. The Shankill Workers, who had their own banner and others who were marching behind a Dublin banner, were attacked by other marchers. 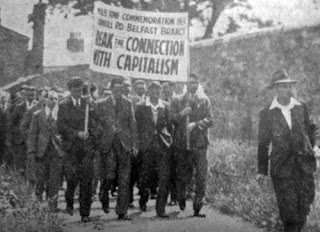 A Bodenstown speech which attracted a lot of attention was that given by Jimmy Drumm, husband of murdered Sinn Féin Vice President Máire Drumm, in 1977. In the early 1970’s some republicans believed that the war would end in a matter of a few short years. By 1977 it was obvious that this was wrong. There was a need  to put down a marker regarding republican strategy, and Bodenstown provided the opportunity to do that. The involvement of Jimmy Drumm was important because he had a long track record in the movement. It was a speech which clarified republican attitudes to some issues, including the prospect of a long struggle, and set down a marker for changing political strategies in the time ahead.

For my part speaking in 1979 I addressed the need for republicans to build a political alternative to so called constitutional politics. In 1981 the Bodenstown ceremony took on a different complexion when Dingus Magee, who less than two weeks earlier had shot his way out of Crumlin Road prison along with seven other political prisoners, turned up to wave to the crowd. He received a huge welcome and when An Garda Síochána tried to move in to arrest him marchers lay down on the roads and blocked them. 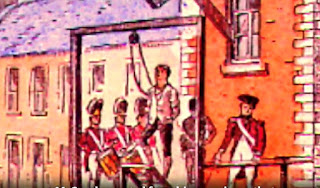 The execution of Henry Joy McCracken

1998 was the 200th anniversary of the 1798 Rebellion. Bodenstown that year was one of the biggest I can remember. All our leaders have spoken at Bodenstown. The development of the republican struggle can be measured in part by Bodenstown speeches.  Some day some budding historian will analyse and weigh up the import of what was said particularly in our time - the endgame of our struggle from 1970 onwards.

This is a period -a Decade of Opportunity- for progressive politics especially the politics of Tone and his vision of breaking the connection with England.

The commitment within the Good Friday Agreement to a referendum on Unity is the means by which we can achieve this. No other generation of Irish people whether in the most recent phase of conflict or in 1916 or in 1867 or 1798 had the opportunity to achieve unity peacefully and democratically. We have that opportunity and that ability. I believe we can do it. I am convinced that more and more people – of all political persuasions – are coming to the realisation that Irish Unity is the way forward for all the people of this island.  Irish Unity is now a  doable project.

Mary Lou’s speech this Sunday comes at another decisive moment. The ongoing realignment of Irish politics with Fine Gael and Fianna Fail being forced by the strength of Sinn Féin to coalesce in a desperate but vain effort stop change and to shore up the status quo and the re-establishment of the power sharing government in the north and the other Good Friday Agreement structure along with Brexit are all issues she may address.  So join us online for Mary Lou’s Bodenstown speech on Sunday.