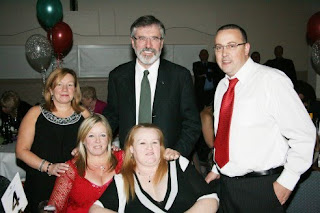 This blog attended a very special celebration earlier this week. It was Turf Lodge: 2010 Anois is Arís 50th Anniversary.

For those of you who don’t know Turf Lodge is a proud Belfast working class community. Through many difficult years the people of Turf Lodge demonstrated time and time again a commitment to their families and to each other.

Like Ballymurphy and Andersonstown, Turf Lodge was one of many estates that were built on the then outskirts of Belfast in the years after the end of World War 2. They were part of a programme of work by Belfast City Corporation known as the ‘Slum clearance and houses redevelopment programme.’

The land on which Turf Lodge was built was eventually bought by the Corporation in June 1956. The name of the estate, it is said, came from a farm on which the estate was built. But it was four years later, in October 1960, and after many disputes and delays between builders and the Corporation, that the first completed houses were handed over for allocation.

The first families moved in within weeks. For them it was a nightmare experience. Essentially they were moving onto a building site in which much of the limited infrastructure wasn’t yet in place, including pavements and roads.

It was a housing estate built in the middle of fields with no public transport; no shops; no facilities for young people; no jobs; no school; no church; no social clubs – just houses. And all built tightly together in streets which were never really intended to see much road traffic and whose residents were never expected to own their own cars. 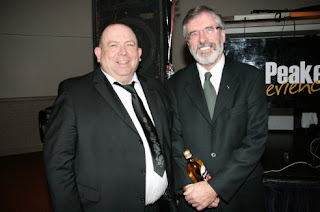 One - many of the men and women had no jobs or if they worked at all it was generally in low paid employment.

Secondly, the unionist regime deliberately built as few homes for Catholics as it could.

The property vote meant that to vote in local elections you had to be the owner or rate payer of a property. No rent book – no vote!

Most of the first residents to move into the new houses that opened in Turf Lodge in 1960 came from areas like the Short Strand, Carrickhill, the New Lodge and the Falls. Each of these was like a small village in which everyone knew each other and many were connected through marriage and family.

For them Turf Lodge was miles away. It was in the midst of green fields and in the shadow of the Black Mountain. It was ‘in the country’ – not a part of Belfast and local campaigns were organised to resist the move. One photo from the time shows Carrickhill residents with a banner saying ‘we will not leave Belfast’!

But conditions in those small communities was often harsh. Two and three families often lived under the same roof. Toilet facilities were frequently shared and the houses were old and damp.

One long time resident Lily Fitzsimons described it well: ‘I had lived in a wee back room of one of those big three storey houses which was all sub-let. And it was my mother, my grandmother and myself and we lived in this wee back room with a bed. We did everything there, cooked, slept, done everything.

And then when I got married I went to live with Sean’s mother; again we were in a wee room and when we had two children, the four of us were all together in this one room.’

The second great curse endured by the people of Turf Lodge was that their estate was built by designers and endorsed by politicians who had no concept of what working families needed, and who probably cared even less.

The nearest facilities were all some distance away. The only shop was on the Glen Road. The buses stopped at the Falls Depot. Going to mass meant a long walk down to St. Teresa’s. Going to school for the children meant tracking across fields to the primary school.

In ‘A Little Book of Memories, Laughter, Sadness, and Tears,’ Bell Webb, who was from Carrickhill, tells of walking down into the town with her three children and pushing a pram to visit her parents.

And then walking back home again. Often in the rain and the cold.

But people are good and despite coming from different parts of Belfast a community spirit quickly arose in Turf Lodge. Neighbours helped neighbours and residents began to organise to put in place what the builders and designers and Stormont government had denied.

The Turf Lodge Tenants Association was founded to fight for community resources and tenants rights. A school – Holy Trinity Primary School - was built in 1966. House shops sprang up. Holy Trinity Church was opened in 1972. A youth club was opened. A boxing club was founded. Gort na Mona GAC was established. The Gateway Club to help the disabled and their families was opened. Social events were organised. The earliest in the Barn at Hannahstown.

All of these and much more were put in place by hardworking, dedicated and visionary Turf Lodge residents. And in most instances it was the women of Turf Lodge who were the heart and soul of these endeavours.

Life was tough but the men and women of Turf Lodge were tough also and rose to the challenges presented by their new circumstances. And then it got even harder. In 1969 the pogroms commenced and the conflict began. Those were dangerous times. Hard times.

And once again the people of Turf Lodge stepped forward. Homes were opened to refugees fleeing from burned out homes. The men and women of Turf Lodge helped to provide the basic essentials for families who had lost everything.

And as the political situation grew worse many other residents decided to make a stand against injustice and the violence of the British state in Ireland.

The Falls Curfew was one such example. The lower Falls had been sealed off by hundreds of British soldiers. CS gas was poured into the area. Residents were arrested in their scores and several were shot and killed.

Once again it was the women who took up the challenge. Filling prams with bread and milk and baby food and other essentials women from Turf Lodge joined others from St. James and Beechmount and Andersonstown and Ballymurphy to break the curfew

Internment was another moment of great turmoil. Men and women from the area were imprisoned. Many of them still in their teens. Families began to make the long journey to Crumlin Road prison, Long Kesh and Armagh. And for some it was a journey that took years.

Barely a family in Turf Lodge did not have someone imprisoned. Barely a home was not raided; many were wrecked. I still remember the photograph of Janet Donnelly standing in a huge hole that had been dug in her kitchen by British soldiers using a pneumatic drill.

Barely a young person avoided arrested and harassment. Barely a family in Turf Lodge was not touched by the war. And in the midst of all of this people continued to work hard to help their neighbours, to provide support for the elderly and the disabled and those less fortunate, and to run campaigns which saw blocks of flats demolished and new homes built.

The blanket protest in the H Blocks and Armagh women’s prison saw the struggle enter a new and even more traumatic phase. And once again Turf Lodge citizens were in the forefront of the campaigns in support of the prisoners. One of the first Relatives Action Committees was founded here.

All of those involved did huge work in highlighting the injustice of the H Blocks and Armagh and supporting the men and women political prisoners. For their courageous efforts in standing up to Thatcher and her attempts to criminalise the prisoners and the struggle, the mostly women and young girls of Turf Lodge were frequently threatened and assaulted by the British Army and RUC. But they refused to be bowed or broken.

Instead they travelled inside and outside of Ireland drawing public attention to the conditions in which the prisoners were being held. It was the Turf Lodge Relatives Action Committee which organised the first vigil – a week long vigil in a tent on the Monagh Road.

These vigil’s became hugely popular as a means of highlighting what was happening and also providing information. But often it meant wearing blankets in cold and inclement weather.

This blog commends all those in the community and voluntary sector, our teachers, priests, parents, grand parents and young people who helped make Turf Lodge a caring and progressive community.

Turf Lodge has produced many fine citizens. Some have been first class sports men and women, others international writers, some have dedicated their lives to helping those less fortunate than themselves, while others have given their lives in pursuit of justice and freedom.

Turf Lodge is a proud area full of good people. But as is obvious from even a cursory review of 50 years of life in Turf Lodge its heart and soul have been the women.

Lily Fitzsimons wrote a wee poem which for me sums you up and gives some sense of what Turf Lodge and its women have been through:

A group of ordinary women
Meeting once a week
Listening and learning
Each one eager to speak
We talk about our many skills
Our stories are all told
Discussion continues
As our ambitions they unfold
We have many talents
We’re all experts that’s for sure
We are the teachers, we’re financiers
The nurse that has the cure
The doctor, the lawyer
The judge who’s always fair
The builder, the juggler
Disputes we solve with care
We’re told we are the weaker sex
Yet no job’s too big or small
The key word is determination
We are women moving on

And you are, and so are all those women and men who live in Turf Lodge. 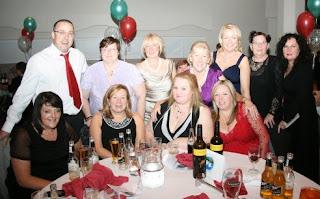 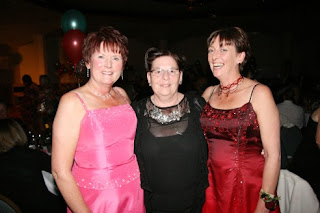 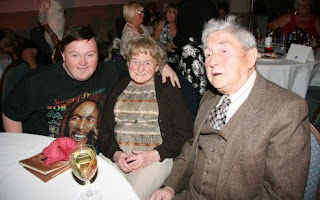 dia duit. probably not the best place to leave a comment on this issue but hoping you will see it. the case of Gerry mcgeough and vincent mcanespie is up next week. gerry lashed out at you a few weeks back. he was wrong to do so, but hes a proud man and is in a cornor. the man is isolated. he knows the other republican groups will only take interest when he's sentanced to attack SF. the man has a wife and four young children. in broad thermes he's supportive of the peace process with the execption of policeing. of all the ememies the movement has, mcgeough is not one of them. it is highly probable that he will get charged. he's an old soldier i don't think its the time that bothers him but the isolation. please extend the hand to him. a wish of good luck on your blog, a simple thing like that and the disidents stick isn't as strong when he's convicted. please ask the movement to take a eye on his family if he goes in side. as i understand it you showed great support to the prisoners families in belfast. the republican family is a proud family with proud individuals with in it, but theres alot of hurt. if we can meed the woonds we should. as brian keenan in his speech at his testimonial said. if you can extend the hand to those who left us and mend wounds, you'll be doing something worth while in your life.

Gerry you said much, "The human race tends to remember the abuses to which it has been subjected rather than the endearments. What's left of kisses? Wounds, however, leave scars."— Bertolt Brecht.
Brecht remained a life-long committed developing the combined theory and practice of his 'epic theatre', as a forum for political ideas. Have not heard the story told so well with so few words. "Lodge Turf Lodge is a proud area full of good people" what can one say better of any people?