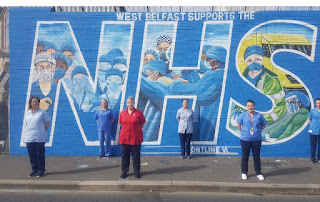 There is a lot of speculation about when the lockdown caused by the pandemic will end. As a lay person my own best call is that it will be some time before we should do this. The main factor in any decision to relax confinement measures has to be the health needs of citizens. Without a vaccine the Coronavirus remains a terrible threat to our well being and to the most vulnerable amongst us.

The pandemic is far from over, and its significant economic consequences, allied to those of Brexit, are still to be felt.

Some commendable and welcome investigative reports by journalists and media platforms have begun to shine a light on the confusion, lack of planning, irresponsible decisions, public utterances, neglect, and disregard for the lives and welfare of their citizens that has marked the response of some governments and government agencies to this global threat.

The absence of political leadership in Britain in the early stages of the crisis, including the failure of its Prime Minister Boris Johnson to attend the critical February meetings of its Cobra co-ordinating committee, have all been highlighted. So too has the adherence by some unionist leaders to the British strategy, even when it was clear that that strategy was at odds with the recommendations of the World Health Organisation.

The failure by the British and Irish governments to respond speedily to protect our elderly and most vulnerable citizens, especially in nursing and care homes, and others potentially in other congregated settings is already attracting significant criticism. There was also the widespread lack of guidelines and Personal Protection Equipment for front line staff in hospitals, nursing and care homes and for those involved in keeping our food and essential services open.

Some commentators are trying to excuse governments for not being as prepared as they should have been. But the fact is that the threat of pandemics has been known for a very long time. In the last two decades there was SARS (severe acute respiratory syndrome) in 2002-4, then the H1N1 influenza in 2009, and in 2012-14 there was the worst outbreak to date of the Ebola virus which killed over two thousand people. 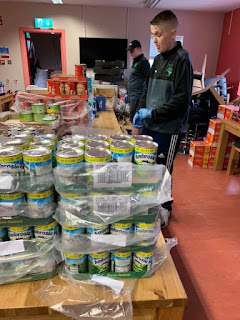 Last September, four months before the Wuhan outbreak, the Global Preparedness Monitoring Board published its report – A World at Risk – which examined the world’s preparedness for global health emergencies on the back of the outbreaks of the last 20 years.

In their foreword the organisation’s Co-Chairs H.E. Dr Gro Harlem Brundtland, a former Director General of the World Health Organisation and Mr Elhadj As Sy, the Secretary General of the International Federation of Red Cross and red Crescent Federations, reviewed recommendations from previous high-level panels and commissions. They wrote: “.....there is a very real threat of a rapidly moving highly lethal pandemic of a respiratory pathogen killing 50 to 80 million people and wiping out nearly 5% of the world’s economy. A global pandemic on that scale would be catastrophic, creating widespread havoc, instability and insecurity. The world is not ready.”

On 30 January the World Health Organisation declared the Coronavirus outbreak a “a global emergency”. Yet on the same day the Irish Times reported that: “The risk of Coronavirus cases occurring here remains moderate and Ireland is well prepared for any outbreak, according to the Health Service Executive... “You are extremely unlikely to catch novel Coronavirus from someone in Ireland,” Joe Ryan, HSE national director of services, told a briefing on Thursday. While there have been 10 confirmed cases in the EU, the likelihood of further cases being brought into Europe is moderate, he said.”

Within weeks the South’s Health Service, undermined by successive Fianna Fáil and Fine Gael governments, including a recruitment embargo, and by the austerity policies of Fine Gael led governments from 2011, found itself confronted by a huge challenge. It was not properly prepared for or equipped to deal with the health crisis which emerged.

In Britain a Sunday Times report two weeks ago quoted an adviser to Downing Street saying that while Britain had at one time listed a possible pandemic as the No 1 threat; “pandemic planning became a casualty of the austerity years when there were more pressing needs.” The source said preparations for a no-deal Brexit “sucked all the blood out of pandemic planning” in the following years”.

There are already calls for a public enquiry into how the British government responded. There may be a need also on this island for similar investigations.

In the meantime our frontline workers continue to put themselves in danger as they care for those affected by Covid-19. Last Thursday I once again joined the public show of solidarity for NHS staff. The applause is heartfelt. Our admiration for our doctors and nurses and hospital ancillary staff is sincere. 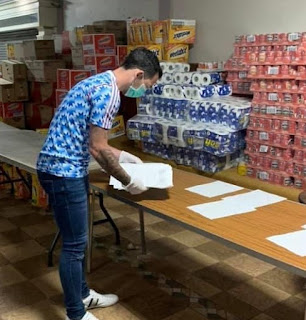 Community solidarity has been one of the great positives to come out of this crisis. Shop staff, those who stack the shelves in food stores, care staff in nursing homes, lorry drivers, taxi drivers, postal workers, delivery drivers, those working in garages, pharmacies, and making and delivering food, and many others have made it possible for those of us who are in lock-down to put food on our tables, heat our homes, and receive essential services. Most of these workers are in precarious employment – among the lowest paid– but now they are the rock upon which our society functions.

At the same time community and voluntary groups and neighbours have ensured that food parcels and where practical hot food, is delivered to those in need. Across Ireland community and Church halls, GAA facilities, other sporting and social clubs and Orange halls, volunteer workers have come together to help. Theirs is the true spirit of community and volunteerism. Without their selfless efforts many of our most vulnerable citizens would fall through the cracks of a system which was already deeply flawed and which is stretched to breaking point. 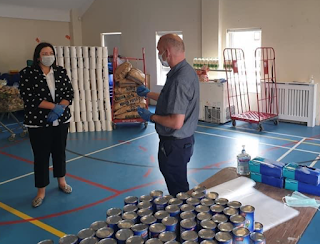 That concern for others is at the core of a community solidarity and leadership which is saving lives.

So, let’s continue to be careful. No rushing to end the protections which have helped so far to protect citizens. Let us also give some thought to the future. Some commentators are talking about the need to get back to normal. Normal? What we had before the pandemic wasn’t normal. What we need is change. Big bold societal change. One lesson that is now patently obvious is that the initial failure to adopt an all-island strategy to confront Covid-19 was a mistake.

Under the current ‘Foot and Mouth Disease Control Strategy’ for the North which was revised in 2016 the six counties is “recognised as a separate epidemiological unit from the rest of the UK and would liaise with the Republic of Ireland during an outbreak of FMD in either or both jurisdictions. It is recognised by the Department of Agriculture, Environment and Rural Affairs (DAERA) and the Department of Agriculture, Food and Marine (DAFM) that sustained co-operation between both administrations would be essential to reduce the further spread of FMD”.

It appears we can have an all-island strategy for protecting animal health but not human health. This is a stupid and irresponsible position and underlines the desirability of creating an all-island health service. This must be one of our goals in the time ahead. It is needed even more now.