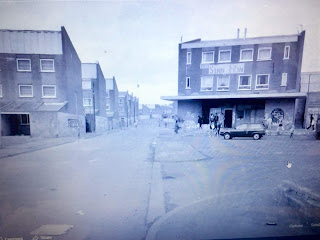 The Springhill estate in the 1980s

The Upper Springfield area of west Belfast suffered many traumatic events during the years of conflict. The area was the target of British military invasion and occupation, pogrom and refugees. Scores of its citizens were killed. Many more were injured. Hundreds spent years in British prison camps and gaols. The British Army used every weapon in its formidable arsenal to try and intimidate and terrorise the people of the Upper Springfield. Brutal beatings, the frequent use of CS gas, the indiscriminate firing of rubber and plastic bullets, arbitrary arrests and torture, were all part of the daily experience of the civilian population. So too were attacks by unionist death squads, working in collusion with, and under the cover of British Army and RUC actions.
One legacy of this British government counter-insurgency strategy is currently playing out in a Belfast Coroners Court where 10 of the 11 citizens killed during the Ballymurphy Massacre in August 1971 are seeking the truth about the events surrounding the murder of their loved ones.
11 months later, on a bright Sunday evening on 9 July 1972, and just yards from the scene of the Ballymurphy Massacre, five more civilians were shot dead by British troops. That evening British Army snipers were hiding in what was then Corry’s timber yard overlooking the Springhill estate and the Westrock Bungalows.
The Springhill estate and Westrock Bungalows represented some of the worst public housing existing at that time. The Springhill estate was a concrete, soulless estate with no public facilities. The Westrock Bungalows were temporary aluminium structures. They were built in the 1940s and 40 years later were still being used by large families. By then they were in a poor state of repair. The bungalows were cold, damp structures.
The Springhill Massacre reflects in many ways the events the previous year in Ballymurphy. All those shot dead were civilians. The British claimed that the victims were gunmen or had been caught in crossfire during a gun battle. None of this was true. Three of those killed were children, one was a father of six and the last was the second priest from the greater Ballymurphy area to die in the conflict.

Belfast Telegraph report which presents British Army version
On Tuesday evening in the Cultúrlann the families, their lawyer Pádraig Ó Muirigh, and prominent lawyer Michael Mansfield relaunched their campaign for truth. The families and other eye witnesses recounted the events of that evening in 1972.
John Dougal who was aged 16 was the first to die. He was the eldest of eight children. He was shot as he tried to help others who had been shot.
Margaret Gargan was 13 years old. She had been sitting talking with friends in the street when she was killed. One of her friend’s recalls: “We were only sitting talking, you know the way wee girls talk about things. Next thing she fell down. We never heard the shot. Within a couple of seconds, she was lying on the ground. It all happened so quickly. Then everybody started to scream.”
Fr. Noel Fitzpatrick was a curate at St. John’s Church on the Falls Road but was based at Corpus Christi only a short distance from where he was shot dead. He had gone out to try and help a local man, Martin Dudley, who had been shot and wounded. He was shot through the neck.
Paddy Butler was 38 and had six children. His son Eddie had been one of those shot and wounded during the Ballymurphy Massacre the previous August. Paddy had gone out with Fr. Fitzpatrick to help the wounded. Fr. Fitzpatrick was waving a white hanky. As they bent over the wounded man a bullet went through the priest’s neck and into Paddy’s head. Both died.
The last victim was David (Dee) McCafferty who was 15 years old. He was with Fr. Fitzpatrick and Paddy Butler trying to help a wounded man. When Fr. Fitzpatrick was shot Dee tried to pull him to safety and was shot several times.
Subsequently, forensic evidence showed that none of those killed or wounded were armed or had been in contact with any weapons. An RUC detective admitted that there was no investigation into the killings.
The trauma for all of these families has continued for 47 years. In the years afterward it was especially difficult as the British Army and RUC often singled the relatives out for additional harassment. Paddy Butler’s daughter Jacqueline remembered that: “Although Daddy was an innocent man, because he had been shot by soldiers, the RUC raided our house every week after he died, ransacked it at four or five in the morning. Mum didn’t understand that either. She used to say, ‘How could they do that to us after killing Daddy?’ Every time there was a knock on the door, she would shudder and think of the day Daddy went out and never came back.” 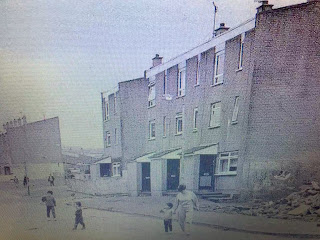 Like the Ballymurphy families the Springhill families have been campaigning for years for the truth. In December 2014 the Attorney General John Larkin agreed to the establishment of new inquests. In a letter to the family he said: “It seems to me that the truth about what happened in Springhill on 9 July 1972 is, at present, only likely to emerge through an inquest.”
That was over four years ago. The decision by the families to relaunch their campaign at this time is because currently, due to a lack of funding for inquests, there appears little likelihood that the Springhill Inquests will be heard in the next few years.
In 2016 the North’s Lord Chief Justice, Declan Morgan, proposed a plan to deal with all inquest cases within five years. It was blocked by Arlene Foster. Last year a Belfast Court ruled that Foster, as First Minister, unlawfully stopped a discussion at the Executive of the plan by the Lord Chief Justice. It was claimed that because the majority of the inquests relate to state killings that the DUP leader refused to allow an inquest process to go ahead which would "rewrite the past." The funding has been blocked since then.
The Springhill families deserve support. They have demonstrated enormous courage and perseverance over almost 50 years. Writing last week in this paper Fr. Des Wilson put it well when he said:
“There is still a long way to go to reveal the truth about what our neighbours suffered. It is worth the journey because one of our most heartening principles in the truth will set us free, and so it is the duty and privilege of us all to reveal it.” 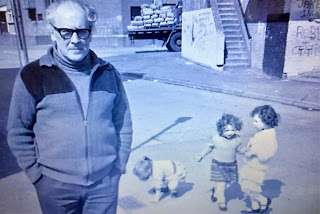 Fr. Des in Springhill
Posted by Gerry Adams at 11:08 AM