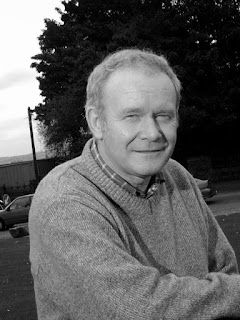 Martin McGuinness stood in Presidential election in 2011 - he could not vote
In recent years two referendums in the south have attracted huge public interest and international attention. In May 2015 there was the successful referendum on marriage equality. In May of this year there was the equally successful Yes vote on repealing the eighth amendment of the Constitution.  Both achieved massive public support and reflected an overwhelming desire for real and positive change.
Next May there will be another equally crucial referendum vote with profound implications for the future political, democratic and social evolution of the island of Ireland. The Taoiseach has announced that there will be a referendum on the right of Irish citizens living in the north and in the diaspora to vote in Presidential elections on May 24th.
Leo Varadkar announced this in the Dáil two months ago. He said: Following through on a Citizens’ Assembly proposal, we will have a referendum next year on extending the right to vote in presidential elections to all Irish citizens, including those living in the North and across the world …We want to have a referendum on that at probably the same time as next year’s local and European elections.” Those elections are scheduled for May 24th 2018.
Mr Varadkar’s announcement was the culmination of many years of hard work and lobbying by Sinn Féin and others, including civic society activists in the north. We have all consistently argued that citizens living in this part of the island and in the diaspora should have the right to vote for the President of Ireland.

The Constitutional Convention or Citizens Assembly spent two days hearing evidence on this issue in September 2013 from a range of academic and legal experts. It also heard from representatives of Irish communities living in the USA, Britain, Canada, Australia and elsewhere around the world, via a live video link-up. Martin McGuinness, Mary Lou McDonald and I participated in that discussion as Sinn Féin’s three representatives to the convention.
It was a good debate. Comprehensive, detailed and thorough. The fact that Irish citizens living across the border cannot vote for the President of Ireland is an anomaly of partition. The members of the Convention were asked to vote on several propositions: ‘Should citizens resident outside the State have the right to vote in Presidential elections?’ Seventy-eight percent of the 100 members of the Convention voted yes.
Delegates were then asked: ‘Should citizens resident in Northern Ireland have the right to vote in Presidential election?’ Seventy-three percent voted yes.
These overwhelmingly positive votes were a significant step forward in recognising the equal rights of all Irish citizens. President Michael D Higgins, and before him, Mary Robinson and Mary McAleese, have always acted as the President of all of the people of the island of Ireland. They come to the north regularly and receive a warm welcome from both unionists and nationalists alike.
Regrettably the government choose not to act on the recommendation of the Convention. Instead it stalled, delayed and prevaricated. In January 2015 the government announced that it would not hold a referendum on Presidential voting rights. This was a deeply disappointing decision. It was also at odds with the international norm. More than 120 states provide for their citizens living abroad to cast their vote.
However, following Taoiseach Leo Varadkar’s recent announcement we now know that a referendum will be held on this vitally important issue next May. This takes on ever greater importance in the context of Brexit. By then, if the timetable for the Brexit negotiations is held to, Britain will have left the EU and the north may well have been dragged out also. What form Brexit will take is impossible to say at this time given the civil war taking place within the British Tory party and the confusion surrounding the negotiations.
It is therefore important that all of us who are for greater democracy, accountability, equality and inclusiveness on the island of Ireland, actively campaign in support of Irish citizens in the north having the right to vote in future elections for the President of Ireland.
The history of democracy and positive democratic change is characterised by the gradual inclusion of increasingly greater segments of the population. Restrictions based on religion, gender, race and property have all been abolished. The Irish Presidency is an ideal institution for an extended franchise given its non-partisan nature, its role in promoting Ireland abroad, its promotion of equality and an inclusive, shared civic sense, and its recent history of reaching out to and embracing all sections of society in the north.
All of us who favour such a positive and historically important step forward have to plan now for the referendum. We have to plan to win. Like the marriage equality and repeal the eighth amendment referendums a successful campaign cannot be limited to political parties.
To succeed it will necessitate the widest possible public support and activism. It will require the creation of a broad based campaign, representative of society, and rooted in every community within the 26 counties. Every organisation with any semblance of national identity from the GAA and other sports bodies, to cultural, language, music, trade unions, farming, and community based organisations must be encouraged to campaign for the extension of the franchise in Presidential elections. It will also need the positive participation of civic society and political and community activists from the north and from within the diaspora.
The political debate that will be generated by this referendum will also provide an opportunity to engage with our unionist neighbours about the future. We need to advocate the merits of a new dispensation in which they can vote for the President of Ireland and eventually for a successful referendum on Irish unity.

As the island of Ireland looks beyond the centenary of partition and seeks to face the political, economic and environmental challenges of the 21st century, the referendum in May 2019 is an opportunity embrace a new future. To discuss what a shared Ireland might look like. And to claim our vote in the Presidential elections. That is a goal worth working for.
Posted by Gerry Adams at 9:44 AM