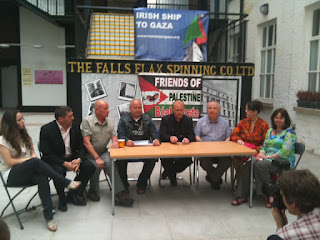 The war of words around the humanitarian aid flotilla trying to bring much needed supplies to Gaza took on a more sinister turn when two of the ships, one in a Greek port and the second, the Irish MV Saoirse, were the target last week of what appears to have been sabotage.

Israeli spokespersons have been ratcheting up the threatening language against the flotilla. Despite having no evidence to support their accusations Israeli newspapers have claimed that the aid convoy is carrying a cargo of chemicals and is planning to use violence.

The Israeli Maariv newspaper used a photo of one of the flotilla and beside it the headline, “Coming to kill.”

One Israeli blogger wrote: “The objective of the ‘Ships of Fools’ has nothing to do with helping the people of Gaza, or promoting peace. Its purpose is to delegitimize Israel and kill Jews.”

And a government Minister claimed that the Israeli Army had information that “participants in the flotilla to Gaza plan on attacking IDF soldiers with lethal force are accurate”.

Israeli Prime Minister Benjamin Netanyahu added to the spin: "Israel has the full right to operate against efforts to smuggle missiles, rockets and other weapons to Hamas's terror enclave."

It was in the midst of all of this negative propaganda that the two aid boats were damaged. 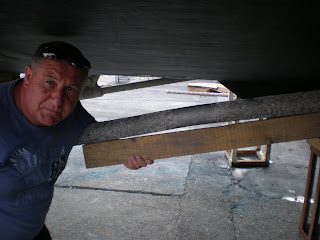 Evidence that Propeller shaft had bent

At a press conference in Belfast on their return some of those who were on the MV Saoirse explained that the indent in the propeller shaft was sufficient to bend the shaft and leave them adrift at sea. There was also the real danger that it might have sheared off while under stress and that the propeller could have holed and sank the boat.

The activists remain defiant and refuse to be intimidated.

In the meantime Israel has been exercising enormous political pressure on other countries in the region to prevent the flotilla from sailing from their ports.

This blog has written to the Irish Minister for Foreign Affairs seeking a full investigation into the situation surrounding the MV Saoirse and urging him to raise this matter with the Israeli authorities. I have also asked him to seek from the Turkish authorities a full and thorough investigation into what occurred.

The Irish government has a responsibility to protect Irish citizens abroad and must demand answers from the Israeli government on this matter.

I want to commend the courage and dedication of the crew and international observers who were due to sail on the MV Saoirse.

Despite the Israeli assault last year on the previous flotilla in which 9 aid workers were killed and the threats from official Israeli sources, they have refused to be intimidated and are committed to highlighting the illegal and inhumane siege by Israel of Gaza. 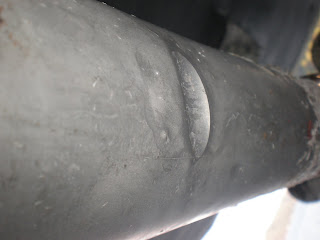 hello
Gerry, This deliberate act of destruction of equipment of prperty is more than sinister, a real crime , real disruption this peaceful mission. And now The Audacity of Hope was stopped at sea by the Greek Coast Guard 20 minutes after leaving the port, as Greek commandos joined the Coast guard. "The Audacity of Hope." was first-ever U.S. Boat to Gaza. This is no less than piracy.
Back at the homefront:reland's economic crisis-Irish government debt, with mortgage arrears and restructurings set to climb from 11 percent. As Irish household debt level of 129 percent of GDP, the highest in the industrialised world, banks are still the heart of the problem. Hard times all around , times to test mens wills.
Keep well Gerry