A State of High Alert 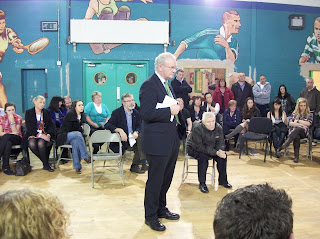 This blog makes no apologies about returning to the issue of suicide. The recent surge of suicides by young men in west Belfast and in the Colin area in particular, has caused great hurt and anguish for families and friends of those who died. It has also frightened parents of other young people.

But it has also encouraged other young people, including close friends of some of those who died, to come together to help those at risk.

Last Monday a large group of young people came to Parliament Buildings to speak to this blog and other Sinn Féin MLAs. We discussed what has been done and what needs to be done to confront this issue. For over an hour we spoke about the difficulties young people face, the pressures they are under, the issue of drugs and their part in the rising suicide levels and the role of the statutory agencies. 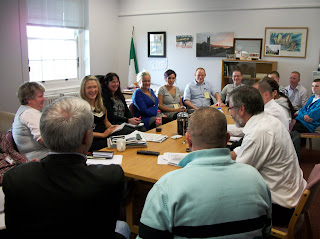 It was at times an emotional conversation as some of those present related their personal experiences of drug taking, or of seeking to help friends threatening suicide, and the inadequate response of the agencies charged with helping.

And then on Wednesday evening the Deputy First Minister Martin McGuinness came to the Sally Garden project in Poleglass. Before meeting the young people we had a private meeting with the families of some of those who have died through suicide since March. The distress and pain and grief was heartbreaking as we talked about the deaths of their sons and daughters in a small side room.

There was a very large number of young people and youth leaders waiting for us in the big hall. They were full of ideas about what is needed. They identified the gaps in funding and service provision by the statutory agencies and they were eager to help. The friends of one young man who died last week explained how they have already produced their own 30,000 leaflets, at their own expense, in an effort to reach young people and persuade those at risk to step back from suicide. 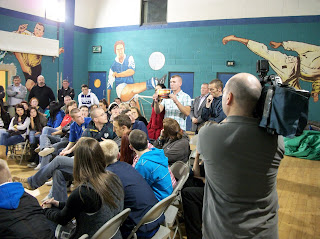 Martin asked questions and listened intently to the young people, almost all of whom contributed to the discussion.

He asked the young people to come to Parliament Buildings and meet the various Assembly committees for government departments like Health and Education, which have a role in providing resources and strategies to tackle suicide.

He promised to go back to the Executive and to raise this with other Ministers. At the end of what was a good meeting we agreed to come again to discuss what progress has been made.

Tackling suicide is a major undertaking and government departments and suicide prevention groups will not succeed if they work in isolation from each other. We need an integrated strategic approach which brings together all of the health, education and other agencies.

The voluntary and community sector understands this. Government departments and agencies often do not.

We need everyone to raise their game.

Government departments, statutory bodies, as well as community groups and families and friends all need to be on high alert at this time for any sign that someone is at risk of suicide.

One suggestion is for a roundtable meeting to be convened of all of the relevant statutory agencies and community organisations to discuss how this crisis can be resolved.

Another is for the creation of an inter-agency crisis intervention team.

We need a high state of alert also in relation to people who have come to A&E and Hospital admissions at risk of suicide or having self-harmed.

The same state of alert needs to be evident with all GPs. Some kind of locum service, specifically in relation to referrals of people at risk of suicide, could be provided.

The fact that in the Colin area only one Family support worker is available only one day a week is evidence of the absence of resources. This is inadequate in providing the necessary support to families already bereaved through suicide or those who are at risk.

A localised and personalised Phoneline or ‘hotline’ service needs to be made available which complements the regional helpline. Young people at risk of suicide cannot be left with a call-back service or an answer-phone. 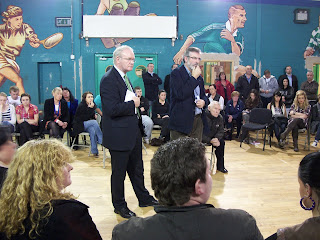 Those who supply illegal substances like drugs, and those who break the law in the way they sell or serve alcohol need to be brought before the courts. It is not good enough to have specialist drug units tracking dealers across Europe if the supply line of chemicals which contribute to suicidal feelings is not cut off in our own areas.

There is clearly a lot of good work that has been done but also there is much more still to be completed. 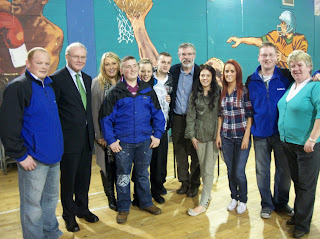 Have you heard about the "It Gets Better" project? http://www.itgetsbetterproject.com/pages/about-it-gets-better-project/

There are many causes of teen suicide. That project addresses one of them. It could be a template to address other causes. Abuse and addiction for example.

Well Gerry, Great undertaking your so right "government departments and suicide prevention groups will not succeed if they work in isolation from each other. We need an integrated strategic approach" . It is Strategic Thinking that envisions the Dreams, very inspirational of you. It is the victory at the headquarters before even doing battle that will win the day. Your using a good tactic,a long term plan of action for attaining this goal. Deputy First Ministe Martin McGuinness,has earned respect on many levels ,I'm not ashamed to say what a good job he has been doing. The Vanguard for change and innovation in Ireland starts at the human level, and has always been so. I consider ethics an exclusively human concern,Human beings must have and need action; and they will make it if they cannot find it. We the Irish cannot despair of humanity, it is our human voice that gives deeper meaning to life. Very good job Gerry