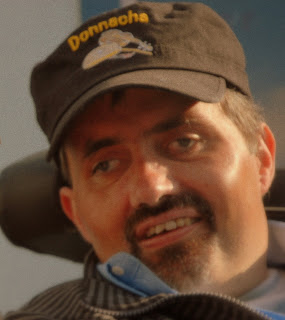 I remember very well the time Anne Rynne told me Donnacha had multiple sclerosis. We were on the phone. It must have been about fifteen years ago. Or thereabouts. Donnacha was in his mid twenties. Although she was scared Anne was very brave about this traumatic development in the life of her son. Donnacha was even braver. They are like that, this mother and son who have faced adversity for every minute of the forty years since first they came into each others lives.

Donnacha is one of twin boys. Niall and he are the second born of Davoc and Anne’s family. Then there is Áine - off now doing good in Vietnam - and the wondrous Turlough. Davóg is the oldest. Donnacha’s story is incomplete without them. Especially his amazing parents. And they would be incomplete without Donnacha. He is the touchstone in the lives of his family. And in the lives of many others including this blog. He is a huge inspiration for me.

So who is Donnacha?

Donnacha Rynne was born six weeks prematurely. He had cerebral palsy. Anne and Davoc were told he would never walk. Life for him could not be the same as other boys. Not the same as his twin brother Niall. No school. No boyish experiences. And eventually…..an institution.

Anne and Davoc decided this was not their way. Their son would be reared same as any other child. And he was. In the early days in Kildare, later on the west coast of Clare. He went to school and later to work. For a time he flew the nest and moved back to Kildare to live with his aunt. His mother taught him life skills in Galway. Then back to Clare.

That’s when I first met Donnacha. In the hostel at Spanish Point.
Our Gearóid and I were camping our way around Ireland. I knew Donnacha’s aunt Terry and his uncle Christy (Moore) and I knew of Anne and his Uncle Barry aka Luka Bloom. That was over twenty years ago. Donnacha was working away at peeling and washing spuds, greeting guests and telling yarns. He was great craic and we hit it off from the get go. 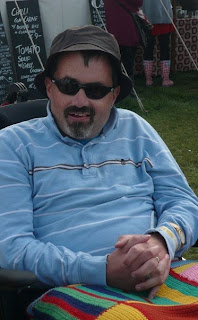 Before long he was in Belfast, up for the Féile. In those days Donnacha didn’t need the wheel chair or at least he didn’t bring it to Béal Feirste. He was out and about bopping his way from gig to gig, looking for a girl and to his annoyance being chaperoned by Minnie Mo who shooed all promising females away. He appeared on Féile Radio and promoted disability rights. He camped in our back room, ate us out of house and home, laughed a lot and charmed big Eamon and especially Colette with his take on life, love, lust and the importance of being.

By the time Gearoid and Roísín got married Donnacha was wheelchair bound. But that didn’t stop him bopping it up with the rest of us before ever patient sean Davoc and wonderful Niall whisked him off again the next day. By now Donnacha was living independently in a house of his own in Miltown Malbay and he and I would get together occasionally for coffee as I wandered through the land. Increasingly dependent on carers for everyday necessities, yoga, music, and friendship uplifted him. 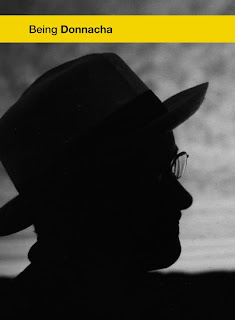 Now Donnacha has a book. Being Donnacha. There are three parts to it. Donnacha’s thoughts as captured by his friend Tom Prendergast, 16 of Donnacha’s poems and short reflections about Donnacha from family and friends.

This blog is biased. I love Donnacha. Read this book and you also will love him. You will get a sense, but only a sense of what it must be like being Donnacha, living alone and confined to a wheelchair. Prepare to be inspired. And his poetry is very good. Whimsical and funny. I like the one about his Nana,

Tom Prendergast deserves great credit. Donnacha is very private and brutally honest. Tom’s interviews and this book provide him with a platform and a means for expressing himself. Many other citizens in his situation will never get that chance. Donnacha is a voice for them. I thank him for that, for his great courage, wisdom and friendship. As he says himself he lives in the nowness of life. Well done Donnacha. Keep er light!

BEING DONNACHA is availible on the web. www.beingdonnacha.tumblr.com. Or in Hurley’s Newsagents, Scéal Eile bookshop in Ennis and the Post Office in Milltown Malbay. 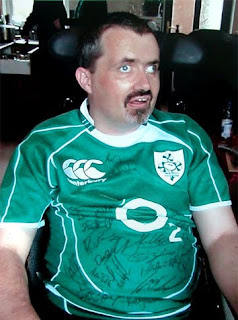 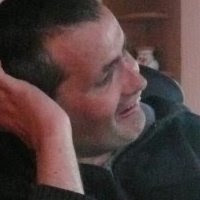 There is a good article in the letters page of the Irish Times re MS.PLease read it
A chara, – Multiple sclerosis has been known as a venous problem since 1863. This, however, had not been proven until recently when an Italian doctor Paolo Zamboni investigated the venous possibilities connected to his wife’s MS. With modern diagnostic equipment like ultrasound and MRV he found that her jugular veins were narrowed restricting blood flow from her brain and causing reflux where the used blood flows backwards into the brain depositing iron which causes MS disability and various symptoms. It is now called CCSVI – chronic cerebrospinal venous insufficiency. Research indicates that about 90 per cent of MS sufferers have CCSVI.

To date around the world about 4,000 MS sufferers have had the simple angioplasty procedure done on their jugular veins and almost all have confirmed improvement in symptoms and have no use for the ultra-expensive medicines normally prescribed for MS sufferers. Some of the results are almost miraculous, with some patients going to get the angioplasty in a wheelchair and being able to walk within weeks. The procedure is called the Liberation Treatment.

Neurologists and MS societies are paid huge amounts of money by the drug companies to prescribe and advertise all the MS medications. They know if the Liberation Treatment gets approval then all this money will stop.

Some neurologists also say that the Liberation Treatment is too dangerous. The facts are that around 2.5 million angioplasties are performed around the world annually for various venous or arterial problems.

As with all procedures there are risks. Of the approximately 4,000 Liberated people around the world, one has died because of an adverse reaction to the blood thinning medication required. So the risk is 1/4,000 and lessening daily. The MS medication Tysabri prescribed by neurologists has a 1/1,000 chance of killing you and they have no problem recommending this once you sign a disclaimer stating the neurologist or drug company is not responsible for your death if it happens. Tysabri costs the State in the region of €35,000 annually per patient. The Liberation Treatment costs around €7,000 to have done in many countries around the world and has now even started in Scotland after their difficult battle to get approval.

I and some of the MS sufferers of Ireland are hoping to persuade the authorities to approve the Liberation Treatment soon and give us back our minds and bodies.

My time is running out now because I have stopped taking Tysabri and the neurologists have absolutely nothing else to offer me.

It appears that CCSVI may be one of the many causes of so many, so-called neurological diseases. A connection to Parkinson’s and Alzheimer’s diseases is also being researched. – Is mise,

There is a very good letter regarding MS in the letters pages of the Irish Times.It is well worth reading

Thanks Gerry, We do learn from others, sometimes that is the gift of life. One man one women ,overcoming what is in our views, often a impossible disability, illness or injury. Impossible is a word only to be found in the dictionary of fools. I like to think that this sums up alot- "Although the world is full of suffering, it is also full of the overcoming of it." - Helen Keller.
Great story Gerry,

You're freind is a great inspiration. When I was growing up, their were two brothers in the neighborhood who had muscular dystrophy. We all started out at the same place, but the more that the rest of us could do, the less they were able to do. They were walking, next were the leg braces and then in wheel chairs. They made the best of it, even had their own rock band. But now they are gone. Thanks for this post since it made me remember them.