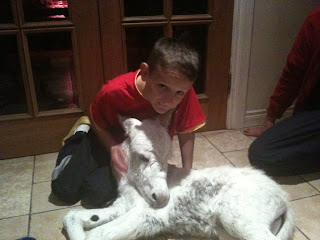 ‘Aye. Come to think of it…. when’s the last time you saw a donkey pulling
a cart?’

‘The last time I tried to back a donkey into a cart it turned into a
bucking bronco. Remember that wee dark she donkey, Susie? As quiet as a mouse until you tried to back her into a cart….. then … There is nothing worse than a donkey with attitude. But you wud know all about that anyway, wudn’t you? With the work you do.’

‘Don’t talk about work. The holidays is nearly over’.

‘So is the rain. Just in time for the kids going back to school. When’s the last time you saw a donkey cart?’

‘Ah Wee Boots probably knows where to get one. Wee Boots is a great donkey
man. He brought two wee foals up from Galway. One in the back of the car.
That was in the days before seat belts were compulsory. He used to have a donkey cart. He had it out at the Féile parade last year. His family are big donkey people.’

‘Had he a donkey pulling the cart at the Féile Parade?’

‘I wonder how he got the donkey into the shafts?’

‘It was an old donkey. It must have carted before. I was there when he harnessed it up. When he finished it just backed into the cart itself’.

‘Janey! An old donkey. You wudn’t get a young donkey to do that nowadays. You cudnt teach a new donkey old tricks. Not for a million pounds!’

‘What wud a donkey want with a million pounds?’

‘That’s just a figure of speech’.

‘Maybe it’s the donkeys getting their own back? Remember when there were
heaps of donkeys all over Ireland , more or less abandoned when they fell
out of fashion. Remember their wee hooves wud be all curled up at the front?’

‘I do. They were like those shoes that Aladdin wears in the pantomimes’.

‘It’s the other way around.’

‘Donkeys are originally from North Africa. They were brought to Ireland
after the Napoleonic wars. And the cross appeared on their backs after
Jesus rode into Jerusalem on the back of a donkey. There are still lots of
donkeys in Eastern Europe. It’s like Ireland in the fifties and sixties.
The donkeys there probably pull carts without any bother’.

‘I blame the Celtic Tiger. Why all this interest in donkeys all of a sudden?’

‘But you’re actually blogging about donkeys!’

‘Well, I got this photo this morning on my phone from Minnie Mo. Her donkey foaled last week’.

‘Janey. It’s in the kitchen. And its white.’

‘Well it’s only born. Where else wud it be. That’s Henry óg with it?’

‘Minnie Mo is lukin a name for it. That’s why I’m doing this blog. It’s a baby boy’.

‘Call it something biblical? Jacob?’

‘Oh and she says that Naomh Eoghans won the Under 16 Camogie championship
last night.’

‘But they’re the Johnnies’

‘Then call it Champion!’

‘Its no wonder they won’t pull carts. Anyway maybe someone out there in the real world will have a name for Minnie Mo’s ass’. 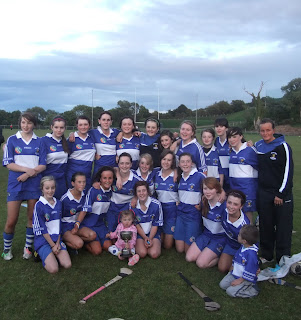 First time ever for the Johnnies...

Also, congratulations to Gort na Móna camógs on winning the Antrim Junior Champonship final, and best of luck in Ulster!
Posted by Gerry Adams at 1:41 PM

Awwwww! What a cute baby donkey! (I vote for Johnnie as a name, a play on "Jenny" as the usual name for female donkeys, and a tribute to the winning team). Congrats to the Johnnies!

Nice view into the life Gerry. Was doing some research on Donkey life,The Donkey Sanctuary in part. The sanctuary is a place where a donkey can bray to their heart's content,somewhat like the House of Commons. We often think as important the Human Rights issues are,but for sure.The donkey charter grants to every donkey that enters the Sanctuary the right of life,care. Much like the workers of Ireland, the simple Donkey having labored for Ireland and for the people of Ireland, arrives in very poor condition,much labored, dragging carts and carrying peat. The Sanctuary grants them a full retirement of peace and freedom. As like the needs of all Irish people ,the donkey Sanctuary dedicated is to ensuring an end to their suffering and a beginning to a life of loving care. If only nations of the would could treat it's people such care with Human Rights like even the Donkey can gain. The donkey's bray is heard , and his needs meet. The Donkey Sanctuary Web: www.thedonkeysanctuary.ie Co. Cork.
Note, Hurling yes , the best of all sports, open to all.
thanks again Gerry

The fella with the big ears is what mayo folk call donkey's.

At the Irish dance halls we'd say, "Come on horsey an' I'll give ye a gallop", when asking the women out for a dance.

In the States, the donkey is the symbol for the Democratic Party.

When the votes are going our way, we "far left" Democrats will post animated kicking donkeys on our blogs and boast about "kicking ass."

But when the Dems cave to right-wing demands (which is like every week), someone (usually me) will comment, "Will someone please make this fat, lazy, stupid donkey pull to the left?" lol!