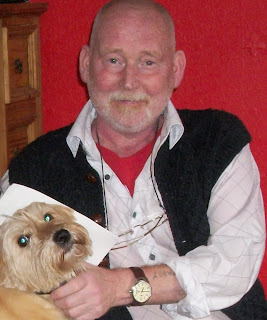 This morning before I travel to Derry for the publication of the Saville report into the events of Bloody Sunday in 1972 I will attend the funeral of my good friend Seando Moore.

I have known Seando for a very long time. He was a deeply committed republican activist who joined the struggle in the early 1970s when he was 17.

Seando, who was known as 'The Child' by his comrades, was interned on the prison ship Maidstone before being moved to Long Kesh where he spent five years.

After his release he returned to the struggle and was subsequently captured in 1977.

He was sentenced to 15 years in prison and went on the blanket protest.

He was a courageous and remarkable man with a great sense of humour which helped get him, and those around him, through the worst of times. This was clearly evident during the many years he battled cancer.

After his release from prison he became an indispensable part of Sinn Féin. He worked hard on community issues in the Beechmount area where he lived. And he travelled the length and breadth of Ireland and beyond speaking about his experiences in the H Blocks and of his comrades who died on hunger strike.

He organised exhibitions and speaking tours, especially for the 10th 20th and 25th anniversaries of the Hunger Strikes.

Seando’s loss for his family is immense, but he will also be greatly missed and remembered by the thousands of people his life touched over four decades of republican activism.

On behalf of republicans everywhere I want to extend my sincerest condolences to Patricia, to Sean, Francine, Patricia Anne and James. 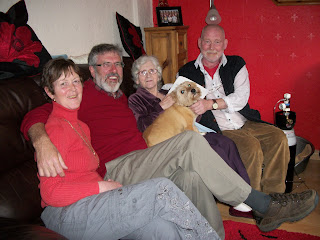 I have said in the past , that I feel you a lucky Irishman. With great friends like Seando Moore, also comes great loss, as they move on ,form this our life. My real and true sincerest condolences to the family and to you Gerry ,on this great loss. Such a man is a kind of lens or gathering point through which past thought gathers, is reorganized, and radiates
outward again in new forms. Slán agus beannacht leat

a true gentleman who will be sorely missed by his friends and comrades in ireland and abroad,toichfaidh ar la seando,sleep tight mo chara.. H ..

Have to agree, as would everyone Seando was a very special person.
Although, Seando and myself would have had very different opinions on Sinn Fein and this whole sorry mess. I always found him tolerant and completely at ease with other people's views.
Seando did not care about monetary gain, he was such a cut above that.
When I think of what was once pure and good about our struggle, I will always think of people like Seando Moore.

what a sad time it was 2 hear of seando death, he was a credit 2 his district and his country. as a friend i will sorely miss him and when the war is spoken of his memory will always come flooding back, slan mo chara dhilis,rest softly, an honour 2 call u my mate, samfutt