Prisoners have rights which must be protected 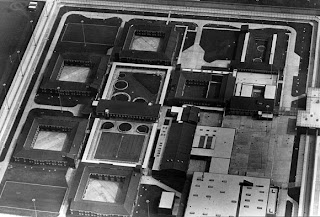 I had already discussed the Maghaberry situation with Minister of Justice David Ford and asked for clearance for the Sinn Fein prison visit. At the start of this week Martin McGuinness and Raymond McCartney MLA also met with him on this situation.

In addition Caral Ní Chuilín MLA has also met and had several conversations by phone with the Head of Prisons in the north Robin Masefield.

The news on Tuesday evening that Liam Hannaway had ended his hunger strike was therefore welcome news. He had raised a number of issues with the Sinn Féin delegation when they met him two weeks ago. These were discussed directly with the prison administration and the Justice Minister.

It was clear from all the conversations that have taken place that with the necessary political will all of the issues relating to Liam Hannaway, and indeed the wider problems in Roe House can be resolved.

The fact that another prisoner Harry Fitzsimons, who had been held in the punishment block, had now been moved back into Roe House was also a welcome development.

It clear that there are problems with the regime in Maghaberry.

Maghaberry has been the focus of a series of critical reports over a number of years.

In 2006, an inspection made over 155 recommendations but more than half were never implemented. The most recent inspector’s report made over 200 recommendations and concluded that the current situation in Maghaberry could not be allowed to continue.

Last year, the prison governor and his deputy were dismissed and 13 members of staff disciplined following an inquiry into the suicide of a prisoner in August 2008.

Subsequent reports were highly critical of the way the prison was being run and disciplinary procedures were taken against prison staff who it was alleged were surfing the net and watching television rather than being on suicide watch.

Four prisoners have taken their own lives in the last 4 years in Maghaberry.

A new governor, brought in last July to implement reform, faced open hostility from staff. Following his car registration number and name being found in a prisoner's cell the governor resigned amidst fears for his safety. Subsequently the Prisoner Ombudsman Pauline McCabe was asked to carry out an investigation when it was alleged that a member of the prison staff planted the note in order to intimidate the Governor.

Earlier this year, increasing tensions between staff and prisoners culminated in protests by a number of segregated prisoners, including a 48-hour lock-in of prisoners during Easter.

Recently relatives of some of these prisoners have been in contact with Sinn Féin representatives in relation to the situation in Maghaberry.

The Sinn Fein delegation that visited Maghaberry on May 14th had access to the segregated wing and met with ten prisoners representing various groups within Roe House. The delegation also met with the current governor, Alan Craig, and other members of the administration.

The prisoners raised a number of issues. They included complaints about a number of punitive actions such as the use of strip-searching as harassment of both prisoners and their visitors and a range of other conditions-related issues that were very familiar to the former prisoners on the delegation. The prisoners cited one clear example of this. Despite the fact that it was obviously unnecessary, prisoners appearing by video link for remand were being subjected to strip-searches.

The delegation assured them their concerns would be conveyed to the prison administration, the Prison Service and to the Justice Minister – and they have.

Republicans have a long experience of prisons and of hostile and antagonistic prison systems. It is our belief that prisoners and their families must be treated with dignity and respect. Prisoners have rights and the prison regime should reflect this.

There is currently a review taking place into the prison regime. It is our intention to continue to pursue all the matters involved with the Minister of Justice and the Prison system.
Posted by Gerry Adams at 4:42 PM

Well Gerry , you done it again .
Prisoner Right are part of the greater Human rights problems in our world. North Ireland has its share of prison problems.Dealing with problems in the prison system should be top priorities,but with the crippling legal aid bill,makes the work all up hill. The Problems, as you know did not happen overnight. Particular problems or needs that prisoners have,Education is but one area,Psychiatric services other that needs concern.
We are human beings have to make comment on some of the substantive issues. We need solution to the ongoing problems.The present system in the north of Ireland is inadequate. If only the walls could talk ,what stories they would tell.

seems that SINN FEINs intervention at maghaberry is making improvments for the prisoners, its just some who say they support the prisoners that i can not abide, especilly when they tell that the 5 demands are gone yet the prisoners still wear there own clothes, did you happen to notice a few who said that the hunger strikers of 1981 never got there demands, then 29 years later they say that these demands are now gone, what strange individuals.

The problems in Maghaberry Gaol highlights to me the importance of Sinn Fein's continual pursuance of justice throughout all the backwaters and backwoods, as well as throughout the maintsteam and the mainstreets also.

And overarching that, it's the implementation of the Sinn Fein Equality Agenda that will make a real difference to society.

It makes no sense to turn to crime in an equal society and it follows no logic.

So called "Dissident Republican activity" follows a logic, but it makes no sense and I would encourage the leaders of these groups to consider signing up to the "Mitchell Principles".

michael henry, seriously hope you are not proclaiming to support the prisoners.

Of course the five demands have gone! You cannot lock prisoners up for 23hours a day, brutalise them and strip them naked and then say the 5 demands are still in place.

Really do not know how big a part if indeed any Sinn Fein played in easing the tension in the jail.

According to other sources, nothing has been resolved in the prison. If anything the situation is growing increasingly worse.

I remember my da talking about the brutal regime in the Crumlin in the 40's and no-one really giving a damn! No change there then.

each society should look after there prisoners, i am opposed to the dissidents, from 1986 to this day, they are always more ready to grumble against SINN FEIN than to fight, history has proved this, the dissidents had a peaceful strategy against the armed british army a long time before any ceasefire was announced. finnuala for some reason hopes that i do not support the prisoners, then she betrays the hunger strikers by saying that the 5 demands are gone, her only argument is, according to other sources, whatever that means, she should list the 5 demands then tell us why she is telling lies if these demands are still in place.