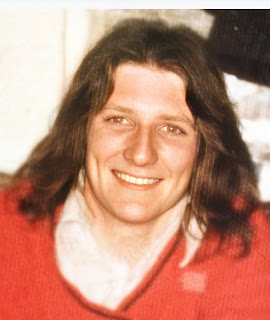 In 1973 just before midnight on Christmas Eve, I was caught along with three other comrades attempting to escape from Long Kesh. We were among a large group of men and women interned without charge or trial. My first bout of internment was on the Maidstone Prison Ship in 1972. Internees-the British later called us detainees as part of their fiction that internment was ended – were held in Armagh Women’s Gaol, Belfast Prison, Magilligan, and Long Kesh.

In July 1974 I was caught again in another escape bid. Steve McQueen I was not. The following March 1975 I was taken out to court where I was convicted on the first escape attempt and received an 18 month sentence. A month later I was convicted of the second escape attempt and got another three years.
Then as the rest of the internees were being released a small group of us nearly got-aways were moved out of the internee end of Long Kesh to the top end of the camp where the sentenced POWs were held. We were incarcerated in Cage 11. None of us had the benefit of trial by a jury of our peers. The British judicial system had dispensed with that in favour of non jury courts with special rules. It was the same in the South. 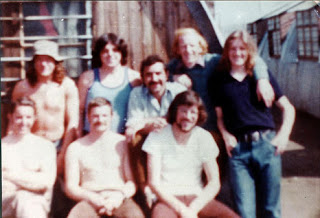 I met Bobby Sands in Cage 11 of Long Kesh. I don’t remember exactly the first time we met but it was almost certainly at one of the discussion groups I set up for those who were interested. There were around eighty of us in Cage 11. For those of you who don’t know about the Cages that’s exactly what they were. We were caged into a compound surrounded by a high wire fence in which there were four Nissan huts, a study hut and a toilet shower hut. At one time there were twenty two cages. In Cage 11 one of the Nissan huts was also a Gaeltacht which was set up by some prisoners for those wanting to learn the Irish language. That’s where Bobby was. 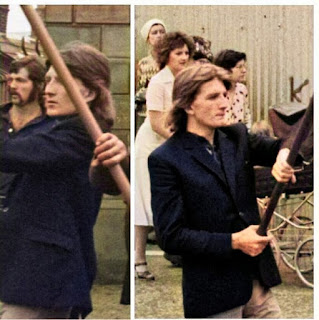 He was keenly interested in our discussions. We went on to get books from old Joe Clarkes Book Bureau in Dublin and from The Connolly Association in London. As political books were banned our friends outside used to put other book covers on them. I still have Desmond Greaves brilliant book on Liam Mellows disguised as something less dangerous. Bobby was a voracious reader.
I remember him also as a keen sportsman who played soccer or Gaelic football whenever he got the chance. He had long hair, a good sense of humour and liked music. He was very good on the guitar. I remember the two of us sitting in the study hut – in reality a wooden shed. I would be writing while Bobby would be practicing on his guitar.
His party piece was the classic by Kris Kristofferson, ‘Me and Bobby McGee’ and later when he went to the H Blocks Bobby wrote songs including ‘McIlhatton’ and ‘Back home in Derry’. They were famously recorded by Christy Moore and are now part of the tradition. Bobby would be immensely proud of that.
On one memorable Christmas Eve we held a concert to mark the occasion. There was a bar, from which a group of comrades served beer, cider and poteen they had brewed up illicitly for the occasion. In the course of the concert Bobby and Martin McAllister played some lovely sets.
The finale and highlight of the night consisted of a bunch of prisoners including Bobby and Danny Lennon suitably bewigged and costumed miming Queen’s ‘A Night At the Opera’.
I got to know Bobby well during our political debates and lectures. Bobby was a very intelligent, committed republican. He enjoyed political discussions and he was very open to new ideas. He made up his own mind.  Many of our discussions focussed on the need to convert passive support for our struggle into active support and of the need for the primacy of politics and for clear strategies and democratic structures to implement these strategies. It was at this time that Bobby picked up on the concept of everyone having a role in the struggle, no matter how small. 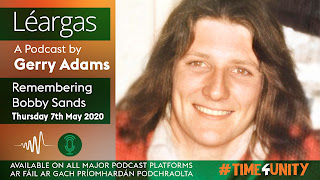 He was also an internationalist. He read about other struggles, in particular the struggle against apartheid in South Africa and the efforts of the Palestinian peoples to achieve a homeland. Four decades later South Africa has been transformed, largely by a generation of activists who were in apartheid prisons at the same time that Bobby and we were in British prisons.
On my first visit to South Africa in 1995 we were hosted by the ANC Executive. Walter Sisulu, who had spent over 25 years on Robben island and had just turned 83, made a special point of coming to the lunch.  He spoke of his own time in prison and of his memories of the hunger strike in Ireland in 1981. He told us of the great solidarity that existed between ANC prisoners and the republican prisoners. It was an emotional speech in which he recalled hearing of the death of Bobby Sands and of the silent tribute ANC prisoners across South Africa paid to a fellow freedom fighter.
Nelson Mandela was on Robben Island when Bobby died. In his cell, in common with all political prisoners, he was allowed as a privilege a calendar on which he marked significant events. On the 5th May 1981 a simple single line is written: ‘IRA martyr Bobby Sands dies.’ A tribute, hand written, on a paper calendar on a cell wall in South Africa which recognises the bond of those who struggle for justice.
Of course none of us in Cage 11 forsaw any of this For a small group with release dates pending our concern was about how we could transfer some of our ideas to the outside. I remember in the weeks before his release Bobby seeking me out to walk around the yard –‘boowling’ in prison parlance as we swapped political ideas and concepts.
Bobby was released from Cage 11 in early 1976. He reported back to the IRA in Twinbrook. Here he set about promoting ideas for local activists acting in solidarity with their communities. He became very involved in local housing actions including the Twinbrook Tenants Association. In August that year the annual republican march, which had previously focussed on ending internment, was now about raising awareness of the British moves to end political status and to criminalise the POWs and through them the republican struggle. It was the first big march in support of political status and was addressed by Máire Drumm. Bobby was part of the Colour Party and the photographs which were found last year of him participating in the event reveal a very young man, with short hair. Just weeks later he was imprisoned again.
Like hundreds of men and women Bobby was denied political status and joined the prison protests which were now taking place in the H Blocks and in Armagh Women’s Prisons. Naked, but for a blanket, and living under the most brutal and violent of prison regimes, Bobby was driven to write about the conditions in the H-Blocks. They provide an insight into a spirit that refused to be broken. 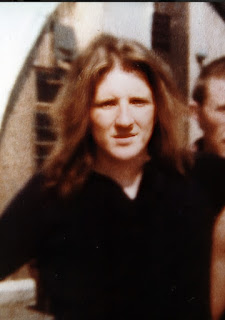 Bobby’s smuggled comms- letters; poems; articles; creative pieces; and stories - written on scraps of torn bible pages or cigarette papers using the infill of a biro, and all wrapped in cling film and hidden in his naked body, tell you more about the brutal reality of life for political prisoners and the nature of British rule in the northern state than anything else I can think of. These are not the invented musings or a plot device of a clever writer. They are the daily experiences of hundreds of men and women over five terrible years.
When he died on 5 May 1981 Bobby had spent one third of his 27 years in prisons. He was never interviewed on television or radio, though while on hunger strike two journalists briefly saw him for half an hour. We only have a few photographs of him. And yet his name is known and honoured around the world. His writings tell us much about the man. I like in particular his poem the Rhythm of Time. But for this occasion I think it appropriate that we read his own account of one day in his life in the H-Blocks and imagine the courage and strength of character that allowed Bobby and Francie, Raymond, Patsy, Joe, Martin, Kevin, Kieran. Tom and Mickey to put their lives on the line for their comrades and for the Irish cause. In this anniversary week of his death here is Bobby Sands in his own words. I am blessed to have known him and his comrades. 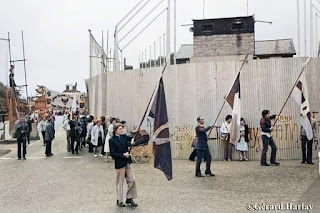 One Day in My Life:
“I mumbled a “Hail Mary” to myself and a hurried “Act of Contrition” as I heard the approaching jingle of keys. Several gloved hands gripped and tightened around my arms and feet, raising my body off the ground and swinging me backwards in the one movement. The full weight of my body recoiled forwarded again, smashing me head against the corrugated iron covering around the gate. The sky seemed to fall upon me as they dropped me to the ground. …
Every part of me stung unmercifully as the heavily disinfected water attacked my naked, raw flesh. I made an immediate and brave attempt to rise out of the freezing, stinging water but the screws held me down while one of them began to scrub my already tattered back with a heavy scrubbing brush. I shrivelled with the pain and struggled for release but the more I fought the more they strengthened their iron grip …
They continued to scrub every part of my tortured body, pouring buckets of ice-cold water and soapy liquid over me. I vaguely remember being lifted out of the cold water – the sadistic screw had grabbed my testicles and scrubbed my private parts. That was the last thing I remembered. I collapsed…
It was cold, so very, very cold. I rolled on to my side and placed my little treasured piece of tobacco under the mattress and felt the dampness clinging to my feet.
That’s another day nearer to victory. I thought feeling very hungry. I was a skeleton compared to what I used to be but it didn’t matter. Nothing really mattered except remaining unbroken. I rolled over once against, the cold biting at me. They have nothing in their entire imperial arsenal to break the spirit of one single Republican political prisoner-of-war who refuses to be broken. I thought, and that was very true. They cannot or never will break our spirit. I rolled over again freezing and the snow came in thew window on top of my blankets. “Tiocfaidh ár lá,” I said to myself. “Tiocfaidh ar lá.”